Part 1: Remember the Past 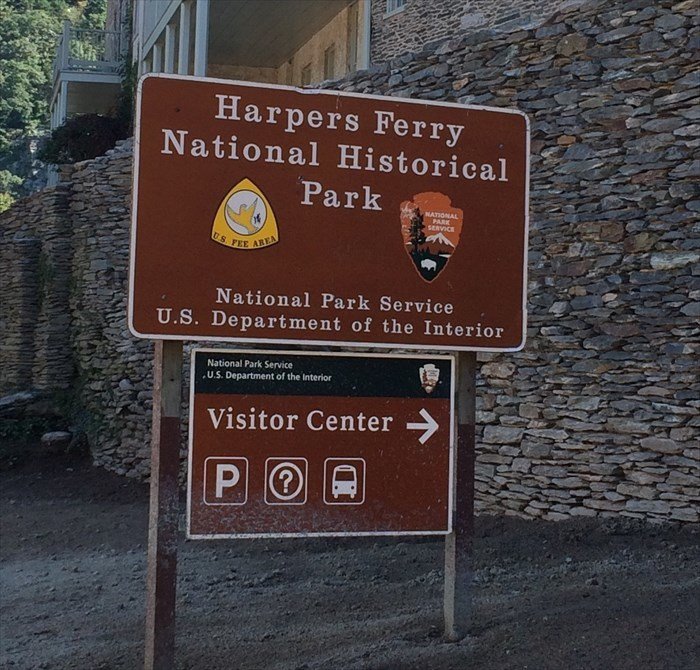 (I wrote the following almost 20 years ago. I love going to National Historic Sites. The Rangers usually do a wonderful job interpreting the past. The visit to Harpers Ferry in 2001 was not my first, and I have been back since, but it was my first visit after having worked as a museum guide—having gained an appreciation of the skill of interpretation—and having developed an interest in nineteenth century industry and technology. I recently recalled this piece of writing, and I am surprised by how well it has stood up. At the start of the Civil War, Harpers Ferry was in Virginia, a part of the Confederacy. In 1861, a number of Federal-leaning counties in the northwestern part of the state seceded from secessionist Virginia and declared their sovereignty. These secessionists were admitted to the union as the state of West Virginia in 1863.)

I volunteer at the Hagley Museum, just north of Wilmington, Delaware. Two or three weekend days each month, I explain and demonstrate the operations of nineteenth century machine tools. Prior to my volunteering, I had only the vaguest notion of what a machine tool was. The experience has awakened a deep interest in mid-nineteenth century manufacturing, the related tools and materials and in how all of these had an effect on history, especially the American Civil War. Barbara and Madeleine (wife and child, respectively) are indulgent as I pour myself into books about arms manufacture, gunpowder, millwrighting, iron and steel metallurgy, railroads, clock making and Civil War battle tactics. Barbara observes that I read books "with schematics, not plots".

When Barbara and I decided to spend a couple of days in Frederick, Maryland this summer, I insisted (nicely) that we visit Harpers Ferry, which was the site of one of two federal armories established in the early days of the United States, a place where startling technological innovations had been made. And so we went.

The visit was a disappointment. The effects of the war, periodic floods and post-war rebuilding had swept away most of the physical evidence of the industrial past. The National Park Service, which operates the site, has created a number of vest pocket displays in the surviving buildings of the lower town that give a many faceted impression of the history of the town, although focused heavily upon John Brown’s raid in 1859. The display about the armory consisted of a couple of machine tools in a small room with a video showing what the machines looked like when they were operating. (At the Hagley Museum, we cut metal with the machine tools as we explain what they do and how they work.) I led Barbara away from the restoration, and we followed a trail that passed among the ruined foundations of factories and millraces, some in the process of being excavated but most barely noticeable in the woods.

The day was hot, we had been rained on, and we were tired from having walked up and down the steep hillside that the town is set against. I had given up hope of squeezing any insight from the experience, when I saw a group of people gathering in the shade of some trees nearby. Barbara agreed to see what it was about, although the body language said, "Both you and I know that I am being a Very Good Sport about this, Buster."

A National Park Service Ranger, dressed in the uniform of a Union soldier and holding a musket across his shoulder, was greeting a crowd of about two dozen people who were seated on benches. Not long after we arrived, he launched into his presentation about Harpers Ferry during the Civil War. He spoke for a few minutes and then moved on to another site in the lower town, where he stopped and spoke again. Each time he moved he had gathered into his audience another dozen people.

In what follows I have tried to recreate a portion of the Ranger’s tour. As you read it, try to imagine that you are there, that the Ranger is outdoors, raising his voice to be heard by his growing audience and that, every so often, a slow freight train rumbles by several dozen yards away. At points in his interpretation, the Ranger pauses and looks around at his audience, nodding as if in agreement with the statement he had just made.

Next time: industrial Harpers Ferry, the John Brown raid, and destruction of the arsenal.