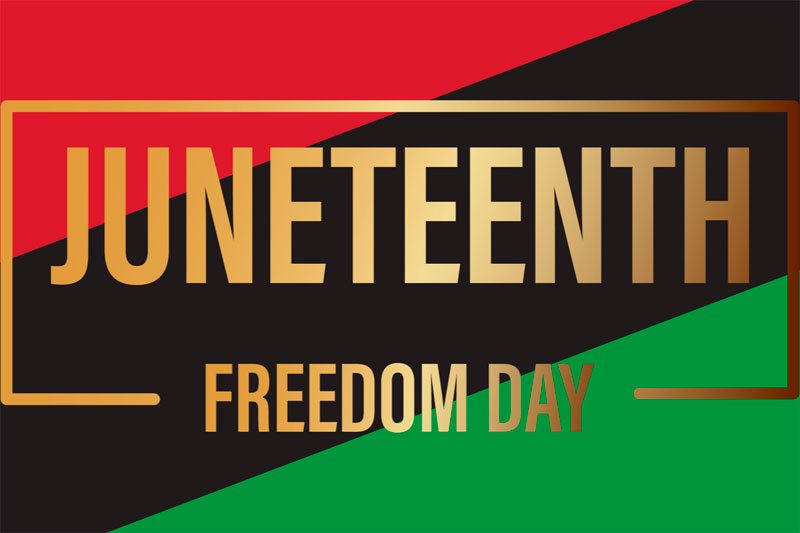 The passage of a law establishing Juneteenth as a national holiday caused a gush of good feeling in the media coverage.   What does a new national holiday signify?  Government offices and many businesses close, many employees get a day off, and major retailers tout celebratory discount prices. Texas had laid the groundwork for a national holiday in 1980, followed by 48 states and the District of Columbia, by passing laws establishing Juneteenth as a holiday or observance.  Juneteenth would have become a national holiday in 2020 but for a single senator who objected that the act should not pass into law without debate or amendments.  He withdrew the objection this year, and the wheels of government turned freely, with the Senate acting by acclamation and the House registering only fourteen dissenting votes. [1]

What does Juneteenth signify?  A single, specific event with limited implications.  On June 19, 1865, the Federal Army brought news to Galveston, Texas, that on January 1, 1863, President Lincoln had declared that, in the states then remaining in rebellion against the national government, the slaves were free.  The fortunes of war delayed this news for almost two and a half years.  In October 1862, Federal forces had captured Galveston and held it until the Confederates in Texas recaptured it by attacks on land and water.  With the Confederates in control of Galveston and Texas, they were not likely to publicize President Lincoln’s proclamation.  And, as it happened, the Confederates recaptured Galveston on the date President Lincoln issued his proclamation: January 1, 1863.  Today a coincidence like that would set the Internet conspiracy mills churning on overdrive.

The more important news was that on January 31, 1865, Congress passed the Thirteenth Amendment that abolished slavery, and by the end of that year two-thirds of the states had ratified the amendment, making it part of the fundamental law of the land, and thus applicable to places where President Lincoln’s proclamation had not applied.

But consider for a moment: why, when the national government is in a state of near deadlock over any minor matter of substance, does a law to make Juneteenth a national holiday burst into being like a Hollywood special effect?   Because it doesn’t do anything of consequence.

After the lofty preamble that begins, “We, the People,” the language of the Constitution and its amendments is legalistic, but the intent of the three Civil War amendments is summed up by the Judaic aphorism, “What is hateful to thyself, do not unto others.  That is the law.  All the rest is commentary.”

These are troubled times, making it difficult to recollect, nonetheless, that from the time of the Revolution substantial progress has been made to expand the inclusiveness of “We, the People.”   Progress has not been constant or steady, and the threat of material reversal seems more alive now than it has been at any time since the Jim Crow era, not only for descendants of slaves, but for anyone who differs from a local majority.

The Juneteenth holiday should remind us of the respect that each of us owes to our fellow citizens and to refrain from doing unto others what is hateful to oneself.  We owe it to our fellow citizens, and to ourselves, to exercise our power as citizens to remove from positions of authority those who hold onto office